As of 2015, the amount of wealth oligarchs had parked in foreign countries was clocked at 85% of Russia’s GDP — $800 billion of which is stashed away in European offshore accounts (National economic Bureau, US).

Superyachts with heated pools, plush mansions with freshly manicured lawns, football clubs, collectible cars, and assets worth billions of dollars- the Russian oligarchs stand to lose all of this and more.

Since the invasion of Ukraine, Putin-led/commanded Russia has invoked the ire of North American and European countries. NA and EMEA have reacted sternly to Russia’s unprovoked offensive against a country that’s half its size, possesses a quarter of its military arsenal, and is scrambling to protect its people.

Now, these nations and others are cornering Russian President Vladimir Putin’s inner circle in a bid to bleed the Russian economy dry. By March 2022, these countries have imposed a slew of sanctions on Russia and its oligarchy. While the Russian offensive has set Ukraine’s cities ablaze, it is the Russian oligarchs that are feeling the heat.

They have apartments, penthouses, and investments in Western countries that run into millions. With Putin’s latest act, the West has started seizing these assets and has frozen dozens of accounts, and seizing dozens of yachts as a ‘punishment’ — making them the newest target of Western forces that aims to bring Putin down to his knees.

However, the Western crackdown on these tranches of assets and accounts suggests a larger truth than just thinning pockets.

How does thinning the purses of the ultra-rich oligarchs impact Moscow?

These oligarchs are seen as the enablers of Putin’s regime. The oligarchs include ex-KGB agents and former Government officials who have leveraged their ties to Putin, served with him in the KGB, helped him rise to power, and lent him the financial support. Many run banks, financial institutions, mining companies, and oil companies, and control a giant piece of the Russian Federation’s economy.

The West considers cracking a whip on these elite Russians as a crucial way to stop Russian tanks and fighter jets from moving Westwards in Ukraine- a move that could be catastrophic for Europe when tied with Belarus standing guard.

So how does an obscene amount of Russian money end up in offshore accounts, and why?

To hide $800 billion worth of money, there needs to be an asset market that is large enough to absorb this kind of money without making waves. With the help of the sharpest of tax brains, the uber-rich oligarchs can bury their assets deep in Malta, Cyprus, Caribbean Islands, Cayman, and of course, Swiss accounts. Perhaps, this is also how most of these oligarchs will be able to salvage their millions and billions- thanks to tax evasion and dark finance.

Another interesting fact to note here is how the U.S. has directly sanctioned Vladimir Putin- the head of a State. While the Kremlin states that the Russian President takes home $140,000 per year and owns an apartment with a trailer and three cars, that is a humble figure for papers, cameras, you, and me.

In reality, Putin may likely be the richest man in the world with more assets than Bezos and Gates.

So how does Putin maintain his humble, bureaucratic image?

By splitting up his assets among his most trusted friends and allies in offshore accounts.

It is pretty likely that the curbs imposed by Western countries freezing up the assets of people like Ivanov, Patrushev, Sechin, Vedyakhin, and many more might be pinching Putin as well.

The autocracy-oligarchy relationship might be more strained than we know

All might not be hunky-dory between the Russian President and the oligarchs, most of whom form Putin’s clique.

Many oligarchs willingly fund Putin’s actions and find themselves powerless viz-a-viz opposing him or openly denouncing the ongoing offensive in Ukraine. Only a handful of billionaires and oligarchs have spoken to the media, ensuring that they don’t mount a direct attack on the Russian President, calling only for “peace”. Top Russian financiers have not called for any hard talk and have not criticized the head of a State, who has put NICU babies on the radar of missile attacks in Eastern Ukraine.

And reasonably so. Here’s why:

The smart oligarchs know how things work. The dumb ones aren’t oligarchs anymore.

Russian oligarchs seem to be hit by a double-edged sword where they cannot condemn human rights violations in as many words. Oligarchs know the price of revolting against Putin and his actions. Although they do not condone Russia’s invasion of Ukraine, they know there is only so much they can do.

The Western countries freezing and seizing the assets of these oligarchs can be seen as a move that will persuade them to pressurize Putin to bring about a resolution or initiate peace talks so the business can resume as usual. At the same time, Putin has threatened to weed-out anyone who challenges his authority.

A classic example of this is the rise and fall of Russian tycoon Mikhail Khodorkovsky.

Khodorkovsky, a billionaire worth $15 billion in the early 2000s, was the 15th richest man. Everything came crashing down in 2003 when Khodorkovsky was arrested and accused of tax evasion, fraud, and embezzlement in Russia. Interestingly enough, this came at the same time when Khodorkvosky began getting highly vocal and critical of Putin and accused Putin of bribery and corruption on national television. He was released after spending a decade in jail and fled to Germany; however, he lost every single penny he earned.

Former Russian billionaire Boris Berezovsky had a similar fate. Berezovsky also made his fortune after the privatisation of State assets in the 1990s. However, Putin tried to reel the oligarchs and prevent them from gaining political power, ultimately imposing hefty taxes on them- especially Berezovsky. In 2003, he had to flee to Britain after calling for a coup against Putin. Berezovsky was found dead in ‘unexplained circumstances’ at his London estate in 2013, making things murkier.

With this, Putin and his regime have turned Khodorkovsky and Berezovsky into the poster children of what happens when the richest of the rich revolt against Vladimir Putin.

And, of course, there is an interesting tale of superyachts.

Russian billionaires and oligarchs have feared tough sanctions for days. This was also why most of them have been struggling to move one of their beloved displays of wealth- superyachts spanning the length of football stadiums, replete with helipads and every luxury known to humankind. Parked in European waters, Alexey Mordashov’s superyacht “Lady M” worth 65 million euros and Gennady Timchenko’s luxury vessel “Lena” worth 50 million euros was seized by Italian authorities. While Mordashov happens to be Russia’s richest man, Timchenko is known as one of the closest aides of President Putin.

So while the richest in Russia run helter-skelter in their furs and Fendi’s, they can only wait and watch- helpless, powerless, and financially paralyzed.

For some, the sanctions come slowly

Much to the chagrin of the entire world, the West has been selective and slow beyond measure in who they sanction.

One such person is Russian oligarch and politician Roman Abramovich who owns one of the most valuable football clubs in the world-Chelsea. Abramovich has become one of the last oligarchs to have been slapped with sanctions by the West. There was a loud political uproar in the UK about Abramovich not being sanctioned for days and being given a safe haven to sell his assets and his ownership of Chelsea. Abramovich’s personal assets have now been frozen, he faces travel sanctions, and Chelsea’s sale has now been put on hold.

Alisher Usmanov is another oligarch who had a stake in Arsenal and Everton. The U.K. Government sanctioned Usmanov only after the Labour Party criticised Johnson’s Government for being too slow to penalise the Russian billionaires. Usmanov also happens to be one of the first investors in Mark Zuckerberg’s Facebook.

More importantly, Abramovich and Usmanov were not sanctioned during Russia’s invasion of Crimea in 2014, when most of their counterparts were heavily penalised.

This begets an important question: Are the West’s sanctions on a few oligarchs a mere eyewash and nothing else? Is it just an overreaction? Is the boycotting only a temporary, didactic move and not punitive? It is at this juncture one is compelled to think of the countless times the U.S. has invaded other countries (Kuwait, Iraq, Afghanistan, Korea & Bosnia) under the pretext of “helping the locals” or in “anticipatory action”.

How will punishing oligarchs affect Putin and the Russian invasion of Ukraine?

The Western countries targeted oligarchs with the motive of cinching the Russian economy, preventing them from funding the Russian regime, depleting their coffers, and raising pressure on Putin indirectly. On the face of it, Putin is unlikely to be influenced by any individual- oligarch or not oligarch.

There is no doubt that sanctions on Russian institutions could shrink the country’s economy in the months to come, but Russia possesses the resources that could help it recover quickly. Ever since the annexation of Crimea in 2014, Russia has focused on reducing its dollar usage and has stocked up on gold and currency reserves.

Besides, the boycotts and sanctions can also help create a market. For example, in 2014, Russia stopped importing West European food in response to Western sanctions. As a result, Russia’s poultry, dairy, and food industries saw massive growth. Similarly, Russian banks getting banned from SWIFT had been long anticipated. To counter this, the Russian Central Bank started the Financial Message Transfer System or SPFS which was based on the technology used by SWIFT and CIPS (used by China). Therefore, regardless of the nature of the sanctions, Russia seems to be well-prepared to take on any penalty.

The Russian oligarchs stand to lose a lot- their superyachts, mansions, football clubs, and more. Many are trying to rescue what they can and many are fleeing to Seychelles, Maldives, Uzbekistan, and even Dubai- remember UAE and Saudi Arabia have refused from condemning Putin’s action. The OPEC went above and beyond, quashing the proposal of increasing oil production in the light of an impending oil crisis due to the war.

That being said, the sanctions on the Russian elite may not drive the oligarchs away from Putin, but it will increase the cost of their support and allegiance to his regime. Or, it could strain the relationship between Putin and the oligarchs enough to debilitate Putin’s dominion and command. 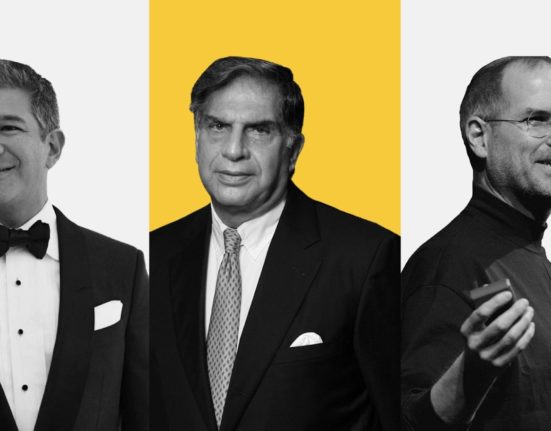 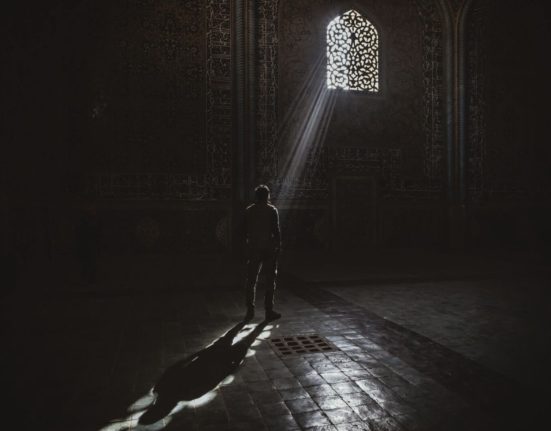